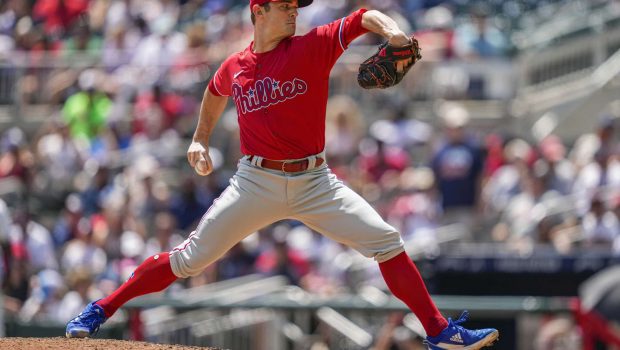 PHILS AND DOMBROWSKI GET HIGH GRADES FOR UPGRADES!

Dave Dombrowski has gotten high marks for his trade deadline deals that have elevated the Phillies as they try to make the playoffs for the first time since 2011.

And The Athletic’s Jim Bowden has joined in:

The Phillies had a strong deadline, improving their defense up the middle with the acquisitions of center fielder Brandon Marsh and shortstop Edmundo Sosa, the middle of their rotation with Noah Syndergaard and the back end of their bullpen with David Robertson.

They landed Marsh in a prospect-for-prospect deal. Logan O’Hoppe was blocked by J.T. Realmuto, and it made sense to swap the 22-year-old catcher for the 24-year-old Marsh, who could develop into their long-term answer in center field.

Marsh has not lived up to expectations offensively, but he has much more upside than he showed with the Angels.

Sosa improves their infield defense, and Syndergaard and Robertson are significant upgrades to the rotation and bullpen, which are performing well but needed reinforcements. Collectively, these moves give the Phillies a much better shot at securing the final NL wild-card berth, but it’s not enough to catch the Mets or Braves.