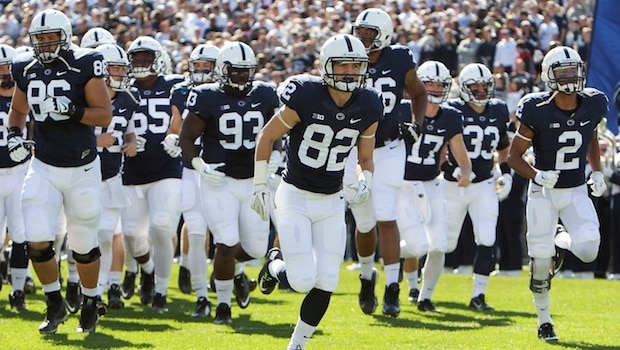 Penn State’s James Franklin went from being on the hot seat at Penn State to being a contender for coach of the year.

Not only are the Nittany Lions a national title contender, but they could also send two representatives to New York for the Heisman Trophy ceremony in unbelievable running back Saquon Barkley and skilled pass thrower Trace McSorley.

Barkley can make cuts better than anyone in college football, and McSorley is more than adept at spreading the ball around to his skill position players in the Big Ten’s most exciting offense.

The defense will be the key here, as it is with most Big Ten teams, except that this Penn State team is also masquerading as an ACC power.

The D returns nearly everyone except the most important players. Gone are defensive ends Garrett Sickels and Evan Schwan, in addition to linebacker Brandon Bell, but that shouldn’t spoil the title contention hopes of this team as it inches closer to playing on college football’s biggest stage.