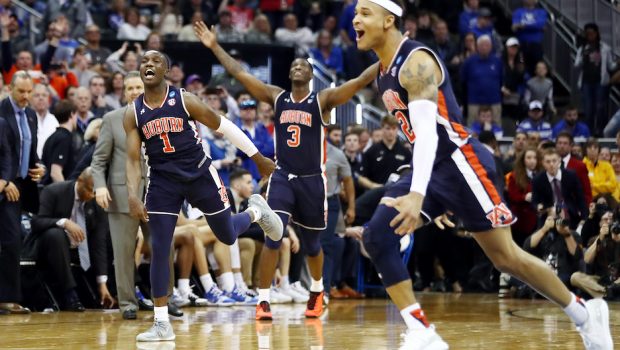 N0 ZION, SO WHAT! THIS FINAL 4 IS WELL WORTH WATCHING!

Once tonight’s games begin, the men’s college basketball Final Four will finally be about who is there rather than who is not.

The next national champion will emerge from a quartet of Virginia, Auburn, Michigan State, and Texas Tech, a diverse mix of teams that have resilience in common. It should be a compelling conclusion to the season.

But until the action tips off with CBS’s familiar Jim Nantz, Bill Raftery, and Grant Hill on the call of Virginia-Auburn (6:09 p.m.) followed by Michigan State-Texas Tech, it’s understandable if the network might lament that the most compelling personality to come along in many years will not be there.

It is resisting the urge to do so. But one doesn’t have to be an expert in the minutiae of Nielsen television ratings to know that phenomenal Duke freshman Zion Williamson, whose star has already risen to such heights that he’s reached that first-name-only level of fame, would have been a dream of a viewership draw for CBS.

But Williamson’s Blue Devils, the top seed in the tournament, were bounced by Michigan State in an Elite Eight nailbiter.

“Obviously Zion was one of, if not the biggest story of the college basketball year. It would be great to have him in Minneapolis,’’ said CBS Sports chairman Sean McManus. “Having said that, I think the momentum that we have going with this tournament will carry right through the Final Four games on Saturday and the championship game.

“At this point in my life, I’ve learned not to worry about things that I can’t control. Zion is not going to be there, but I think we will still have an outstanding Final Four and championship game.”

Hill, who will be calling his fifth Final Four with Nantz and Raftery, was a Duke star of another place and time in college basketball. When he arrived in Durham, N.C., as a freshman for the 1990-91 season, he was a highly-touted recruit, though few in history, including him, match the fanfare that accompanied Williamson’s arrival this season. Hill stayed four years at Duke, which would be unheard of for an elite prospect nowadays.

Hill has experiences that are both similar to and different from Williamson’s. But as an 18-year professional who played until age 40, despite losing some of his promise and prime to injury, his perspective on Williamson is one worth hearing.

“[His life is] probably a bit of a whirlwind right now, just processing what happened [last] weekend but also preparing for what’s ahead,’’ Hill said. “You’re realizing a dream coming true, to play at the highest level in the NBA, but it’s also bittersweet knowing that your college years are done.

“It was refreshing to see a kid that could have been totally self-absorbed be a great kid and someone who respected the tournament, respects the college game. It’s got to be difficult on one end, but also exciting. He’s a young guy and a kid in a lot of ways, but he’s also mature beyond his years. I anticipate we will be watching many, many more exciting highlights of him for years to come.”

The Zion-less Final Four will have its own memorable story lines emerge, from Saturday right up until a few minutes before CBS queues up the anticipated annual coda to the tournament, “One Shining Moment.’’

Virginia’s quest for redemption after being the first No. 1 seed ever to lose in the first round a year ago is one Nantz said he has had on his mind even before the tournament began. “And the father-son story with Tony and Dick Bennett is a wonderful one,’’ said Nantz.

Hill noted with a laugh that he predicted Texas Tech would be the sleeper of the NCAA Tournament even before the Big 12 conference tourney was complete, and he would like some credit for that.

Raftery also is in on Texas Tech, which with a core of fifth-year seniors (along with sophomore star guard Jarrett Culver) has the experience that a freshman-laden team can never replicate.

“It’s interesting to watch them in practices,’’ said Raftery, who had much praise for coach Chris Beard, a Bob Knight disciple in strategy but not comportment. “He’s very in touch with today’s young people, whether it’s music, dialogue, rapport, he’s an outstanding coach. A lot of it he attributes to Knight on defense and motion offense.

“Maybe the country doesn’t know them yet because they don’t get the attention of a Kansas, but this is a legitimate team that’s got an opportunity to take the next step right now.”