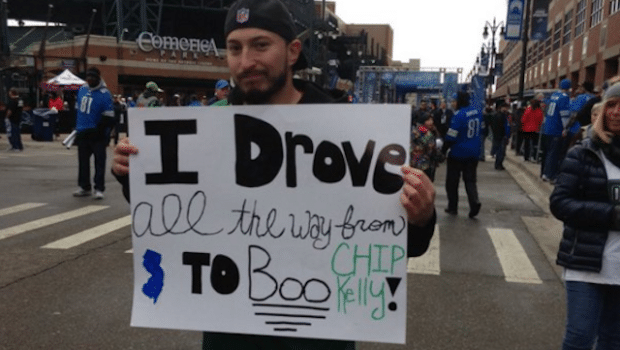 Every Eagles fan is frustrated and pissed off about the failure of this Eagles season.

But a whack job from New Jersey has taken the cake.

He showed up in Detroit on Thursday claims he drove all the way to from New Jersey JUST TO BOO KELLY.

The drive from New Jersey to Detroit is about 600 miles.

But no, not this guy, he decided to he wanted to spend Thanksgiving in a car so he could get to Detroit to boo Kelly.