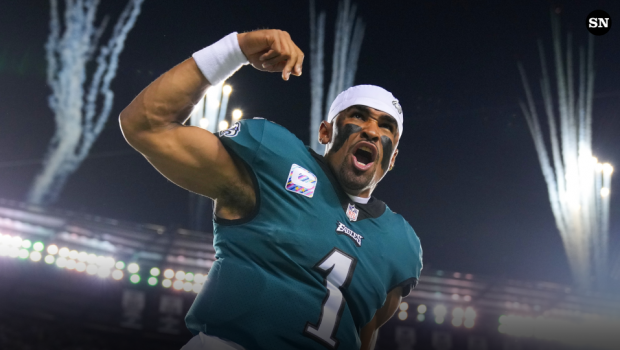 Hurts became the first player in NFL history to rush and pass for 125 yards or more in a half and set the Eagles franchise record for most rush yards in a game with 157 yards on the ground, passing Michael Vick’s record.

He surpassed the 100-yard rushing mark in the first quarter alone on a night the Eagles rushed for a total of 363 yards against the hapless run defense of the Packers.

His receivers dropped balls throughout the game, and they better not whenHurts and the Eagles take the league’s top record into a Week 13 matchup with the 7-4 Titans.