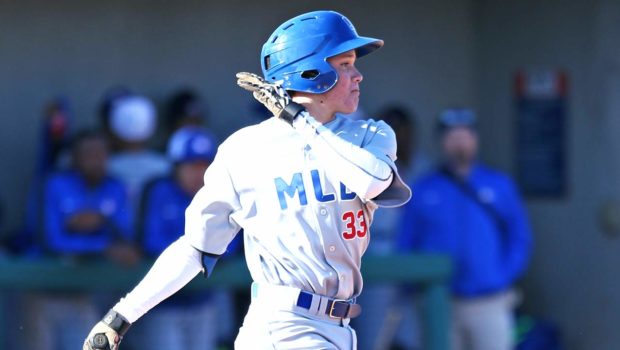 MUZZIOTTI IS 17, SPEEDY, TALENTED AND NOW IN THE PHILLIES’ SYSTEM

The Phillies, who got young real fast last season when they traded geezers Chase Utley and Cole Hamels for a boatload of prospects, are continuing their youth movement.

They signed 17-year-old Simon Muzziotti, an outfielder from Venezuela to a $750,000 bonus.

Muzziotti became a free agent again recently only because major league baseball penalized the Red Sox for trying to circumvent the rules during the previous international signing period. The Red Sox were not permitted to sign players for more than $300,000 during the 2015-16 signing period because they exceeded their bonus pool in the 2014-15 signing period.

One scout told MLB.com last summer that Muzziotti compared to a young Jacoby Ellsbury. Muzziotti had been clocked at 6.5 seconds in the 60-yard dash.