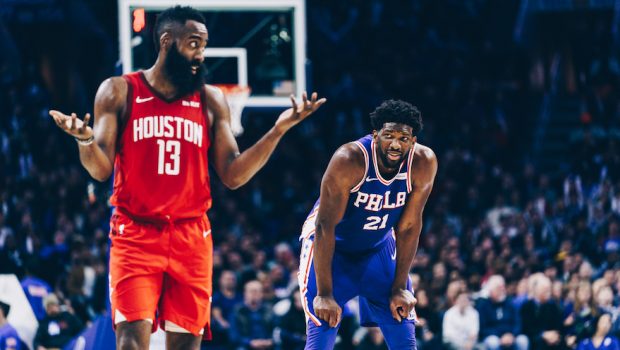 In just his third NBA season as a fulltime starting center, Sixers superstar Joel Hans Embiid is in the discussion for MVP!

Having a monster breakout season averaging 27.2 PPG and 13.3 RPB, the 24-year-old Embiid has taken the 76ers on his shoulders as the team’s 33-18 record proves out.

There’s lot of competition for the award:

Aside from his scoring, Embiid brings a top tier quality that these other players lack — lockdown on-the-ball, rim-protecting interior defense that he plays every game. And in most games defending the basket is the biggest difference between winning and losing.

JoJo can hunt down players at the rim and make a spectacular swat that not only takes away points, but demoralizes the opposition from driving the lane again, afraid that the athletic Embiid is looking for more blocks.

It even amazed TNT’s analyst Kevin McHale at how graceful and powerful Embiid’s game has evolved in just his third season. McHale said on the broadcast that guy will win the MVP one day, only it quite possibly might happen this season.