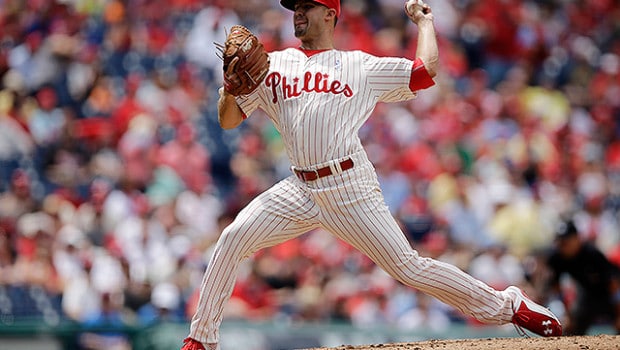 MORGAN ON THE HILL FOR PHILLIES AGAINST CARDS TONIGHT

Adam Morgan makes his second start since replacing the injured Charlie Morton in the third of the Phillies four-game series at St.Louis tonight.

The second-year hurler pitched well in his only start against St. Louis last June, giving up one run and striking out six over 5 2/3 innings in a 9-2 victory in Philly.

Jhonny Peralta homered off him in that contest, while Jedd Gyorko is 1 for 6 in the matchup dating to his time with San Diego. Stephen Piscotty had one of the Cardinals’ three hits Tuesday and is batting .352 with eight RBIs over his last 13 games.

St. Louis has totaled six runs while hitting .186 in the losses during this 1-5 stretch. It was averaging 6.5 runs and batting .283 before the slump.