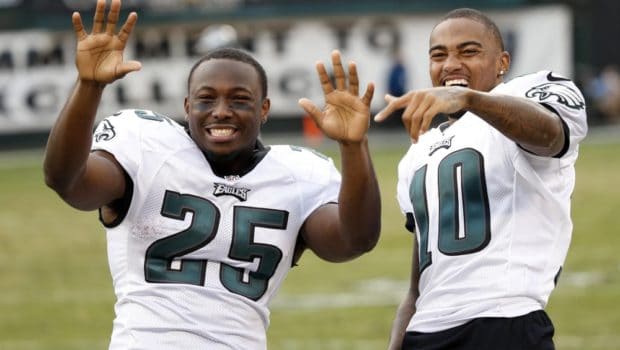 MORE TROUBLE FOR SHADY: EX-EAGLE ACCUSED OF ABUSING HIS SON!

On Tuesday, Stephanie Maisonet, the mother of Buffalo Bills running back LeSean McCoy’s son, filed an affidavit in which she states that McCoy physically abused the boy on multiple occasions and that he offered to concede part of their custody case in exchange for “help” after a home invasion that had occurred shortly prior.

In the affidavit, filed in the State Court of Fulton County, Georgia, Maisonet provides new details relating to the civil lawsuit of McCoy’s ex-girlfriend Delicia Cordon. Cordon was injured in a July 10 home invasion, during which she was hit in the face several times with a gun by a man who indicated he knew McCoy, according to a lawsuit filed by Cordon on August 10. That lawsuit also states, “McCoy would aggressively, physically discipline and beat his young son over minor mistakes that all young children make.”

“Our son would often come home with bruises in which I would consistently receive outlandish excuses as to where the bruises would come from,” Maisonet’s affidavit says: