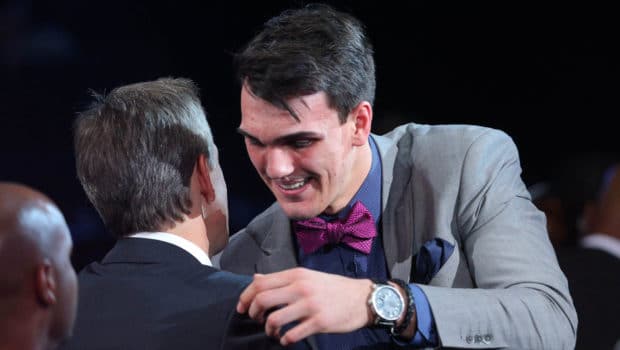 According to a report from Slobodna Dalmacija, a Croatian newspaper, Saric, the Sixers 2014 draft choice, says he will join the Sixers this summer once the Olympic qualifying tournaments are complete on July 9.

Saric has one more year remaining on his contract with Anadolu Efes in Turkey, but he has a buyout which could allow him to get out of that contract and come over to the NBA this summer.

While there are financial incentives for Saric to wait one more year and avoid the NBA’s rookie scale, Saric has been steadfast in his insistence he will come over at the first possible opportunity, which happens to be this summer.