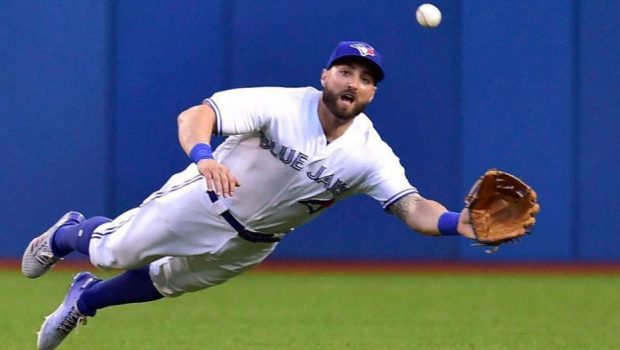 So the Phillies made some ripples by signing shortstop Didi Gregorius and pitcher Zack Wheeler in free agency.

Those were ripples, not splashes.

Are they done adding pieces?

They still hope to upgrade their pitching before camp opens next month but they don’t want to exceed the $208 million luxury tax, and they’re right on the number now.

MLB.com’s Jon Paul Morosi reported recently that the Phils are also interested in free-agent outfielder Kevin Pillar (above), but here’s the rub: The Phillies have little to offer.

They hope to get these free agents to camp as non-roster invitees, except those players are not ready to settle for that. Instead, they still hope to sign Major League contracts and enter camp on a team’s 40-man roster, though Philadelphia believes the closer it gets to camp, the more likely it will become that those players might make an exception.