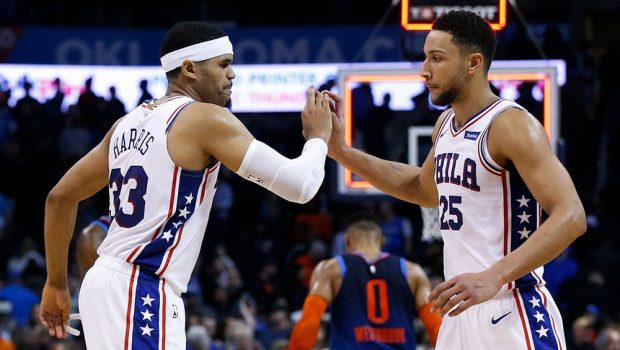 In two of the worst playoff losses in the 76ers’ 58-year franchise history, they blew substantial leads in the deciding 4th quarters of game 4 and 5 against the Hawks, making tonight’s game 6 a must-win.

Even more galling, if possible, is that two of their highest-paid players helped the opponent more than their own team!

Totally unacceptable for a player pulling down $29 million a year to play pro basketball!

Simmons wasn’t alone — Tobias Harris pulled a disappearing act in both games down the stretch; he was paid $33M this season to show up and put the Sixers over the hump. He did neither in both losses with the 76ers one game from elimination to an Atlanta Hawks with less firepower than the Sixers.

Joel Embiid and Seth Curry dropped 30 points plus in game 5 that they led by 26 points.

Only dramatic comebacks in games 6 and 7 can begin to wipe away the embarrassment of these two playoff losses. They still have a shot, but a slim shot. Harris and Simmons less than stellar efforts will be judged and dealt with in the off-season as they clearly haven’t earned their money this playoff series.