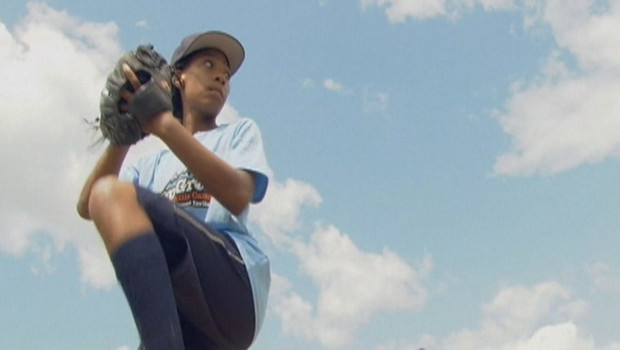 Mo’ne Davis lit up the sky last summer at the Little League World Series where her Taney Dragons made the Final Four.

Now Davis, who says she wants to play basketball at Connecticut, will get a chance to show off her hoops skills at Madison Square Garden, as the 13-year-old will be in the lineup for the NBA All-Star Celebrity game on Feb. 13.

Despite being an eighth grader, the reigning AP Female Athlete of the Year is already a member of the varsity girls’ basketball team at Springside Chestnut Hill Academy.

Davis’ fellow participants will include Kevin Hart, Common, Nick Cannon and Skylar Diggins, who have all confirmed that they will also compete in the All-Star Celebrity game. The teams will be coached byKnicks forward Carmelo Anthony and Spike Lee, along with ESPN radio hosts Mike Golic and Mike Greenberg.

The game will be televised next Friday on ESPN at 7 p.m.