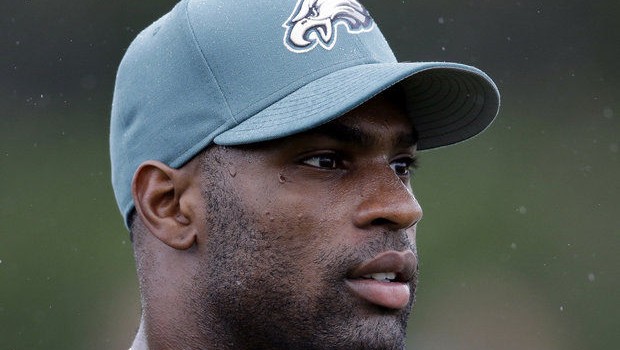 One of the late, great Pat Moynihan’s favorite sayings was:

Which seems to be lost on Andy Benoit, a writer and NFL analyst who is also employing his vast observational powers gleaned at the College of Idaho as a business major as a writer for Peter’s King’s MMQB.

Eagles running back DeMarco Murray ran for a league-leading 1,845 yards last season, his last with the Dallas Cowboys before jumping ship and signing a 5-year, $40 million deal with his former division rivals.

The Cowboys let Murray walk and his former teammate Joseph Randle took a shot at him, saying Murray could have done better last season.

“I felt like there was a lot of meat left on the bone,” Randle said of Murray.

Now Benoit is pissing on Murray too.

In a piece for Sports Illustraed, Benoit writes that Randle is correct when he said Murray could have had more yards last season:

Chip Kelly just spent $21 million in guarantees to bring Murray to Philadelphia because Kelly wants a runner who will just hit the hole. Murray does that—certainly more than LeSean McCoy, anyway.

But Murray doesn’t do it with nearly the regularity a man of his build and skill set should. Murray’s strength is his ability to get square downhill, even off contact.

His weakness is in his hips, which are a little stiff, and his feet, which are sometimes too heavy to maintain balance when changing direction. But based on some of the decisions Murray made last season, you wonder if he even knows these things about himself.