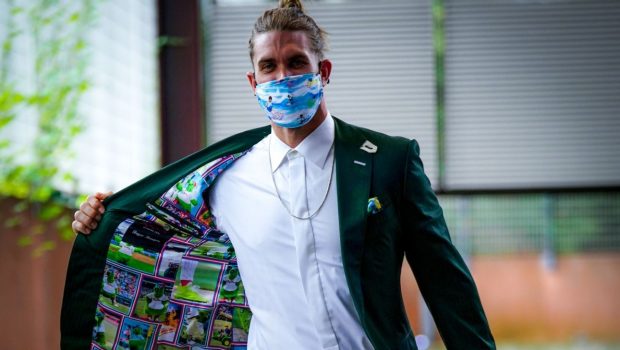 MLB’S NEW COVID RULES: TOO LATE TO SAVE THE SEASON?

Major League Baseball has gotten off to a horrible start, with the Miami Marlins basically a petri dish for the coronavirus.

And now the commish is going to do something about it.

According to Jeff Passan of ESPN, MLB officials have now mandated that teams make a number of changes to keep players safe from further outbreaks like the one that infected nearly half the Marlins roster.

Those steps include encouraging players not to leave hotels except to go to games, mandating use of surgical masks instead of cloth masks during travel, and requiring every team to have a compliance officer on the road with them to make sure players and staff are following the rules.

Having someone to oversee such policies seems like a great idea. It would have been just as good an idea, you know, before the season started.

Of course, planning ahead and having someone to implement those policies is no guarantee of success. Vikings head athletic trainer and infection control officer Eric Sugarman tested positive for COVID-19.

The Marlins’ season has been suspended through at least this week, after the outbreak that began during their first weekend series.