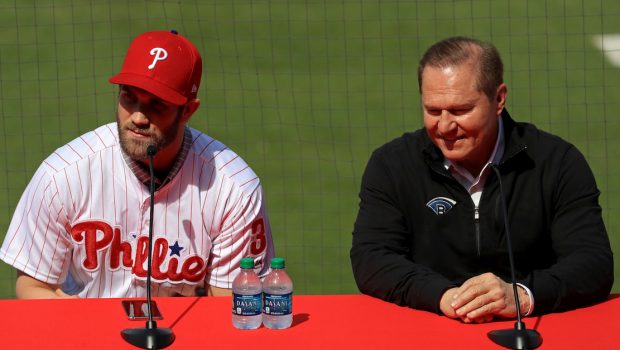 MLB WILL HAVE NEAR-DEATH EXPERIENCE IF IT CANCELS 2020 SEASON!

Okay, the NBA and NHL look like they have figured out a way to deal with the pandemic and re-start their seasons.

And the NFL has also maneuvered through the draft and the start of offseason thanks to Zoom with games scheduled to being in September.

But what about baseball?

The players must agree to the expanded playoff format, in which 14 of the 30 teams would qualify for the postseason. They also must agree on the health and safety protocols baseball has proposed.

But the big obstacle is money. Players rejected the owners’ proposal of a sliding salary scale in which the richest players would take the biggest pay cuts. Owners have not formally presented the 50-game proposal, but have made it clear that it could be their next move.

A mini-season, in theory, is better than no season at all. But this seems as if the players would be dragged back to work for a mad dash to the postseason money spigot, even if some of them have concerns about the health risks. Under those circumstances, baseball could forfeit any good will bounce it might have gotten.

This was a chance for both sides to recognize and work together toward a greater good that would have helped them all. If that had been the backdrop of these talks, they could have agreed by now on the particulars. Give a little here, take a little there, and let’s play ball.

“When the industry as a whole thrives, then everybody benefits,” announcer Bob Costas told the New York Times. “The owners won some concessions in the early 2000s, some. But over all, when the game thrives, we can’t say that the players as a group didn’t thrive. They did.

“So to win certain points at the negotiating table may turn out to be a Pyrrhic victory, because if the industry itself flounders, then everybody takes a hit.”

If the season was canceled or derailed solely over virus-related health concerns, Costas said, fans would understand.

“But if it’s, ‘Here we go again, baseball and its labor troubles,’ people don’t have much patience for that under any circumstances,” he said.

And if those labor troubles lead to a 17-month period without baseball, it would be “disastrous,” Costas said. Even under ideal circumstances, he added, some fans would be hesitant to return to the stands in 2021 — some from fear of large gatherings, others because their discretionary income will be down because of the economic devastation the virus has wrought.

“If you add to that: resentment?” Costas said. “They’re turning a potential positive, which is to come back before anybody else and have this strange circumstance play to their advantage in a certain sense — maybe only a small positive, but a positive — into a gigantic negative.”

“I’m not an economist and I’m not a labor expert,” Costas said. “But there have to be ways for them to see their mutual interest and not self-destruct.”