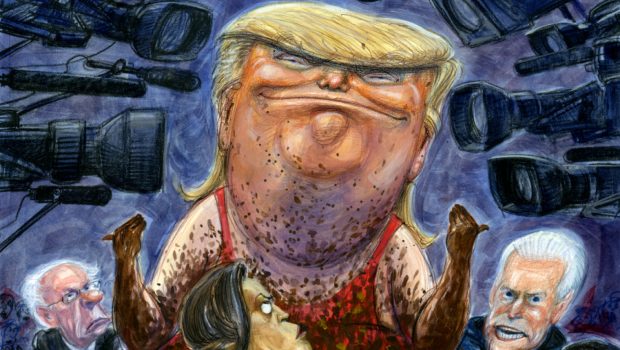 MLB ROLLS OVER FOR TRUMP: NO WINTER BALL IN VENEZUELA!

Major League Baseball has banned its players from participating in the Venezuela winter league this season, which complies with President Trump’s embargo against the country’s Nicolas Maduro-led government.

“MLB has been in contact with the relevant government agencies regarding the Executive Order issued by President Trump on Venezuela,” the league said in a statement. “MLB will fully adhere to the policies implemented by our government. With respect to the Venezuela Winter League, MLB will suspend its involvement in that league until it receives direction from the relevant agencies that participation by affiliated players is consistent with the Executive Order.”

The potential repercussions of the prohibition, which prevents major league and minor league players from joining the 75-year-old Liga Venezolana de Beísbol Profesional (LVBP), could be significant. Multiple sources told ESPN they feared the ban would warp the heretofore strong bond between MLB and Venezuela and spawn a situation similar to that of Cuba, another embargoed country whose complicated relationship with the league has festered for decades.

Dozens of affiliated players either return home to Venezuela or travel there annually to play winter ball, as many supplement paltry minor league incomes with low- to mid-five-figure sums to play in a 63-game season. The LVBP, whose champion participates with those from the Dominican, Puerto Rican, Mexican, Cuban and Panamanian leagues in the annual Caribbean Series, is sponsored by Petróleos de Venezuela, S.A. (PDVSA), the country’s state-run oil company, according to sources.