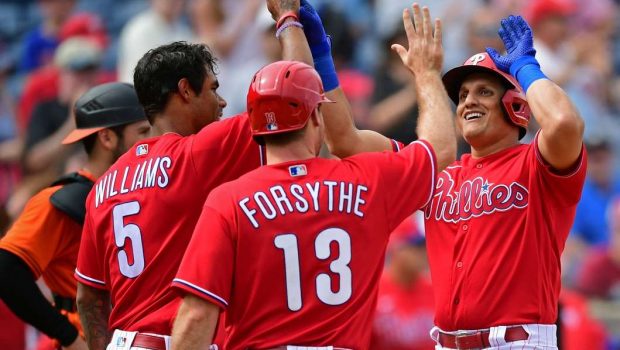 MLB OWNERS, UNIONS AGREE — NOW IF THEY CAN ONLY PLAY GAMES!

Major League Baseball and the MLB Players Association struck a deal on critical salary and service-time issues last night, allowing the sides to prepare together for a season delayed indefinitely by the coronavirus pandemic.

The agreement, after nearly two weeks of morning-to-night negotiations that involved players, owners, agents, executives, union officials and commissioner’s office staff, came on what would have been Opening Day.

The union voted to accept MLB’s latest proposal, and owners plan to ratify the deal in a noon ET call today, according to sources.

While both sides believed they made concessions, they settled around an obvious point: No sports league wants to be seen as bickering about billions of dollars amid an international health and financial crisis. In addition to the agreed-upon financial particulars, the parties engaged in significant discussions about the most vital issue now and in the future: how to proceed amid the outbreak of COVID-19 cases.

While there is no formal framework in the agreement, owners and players both want to play as many games as possible, with an eye on returning to training camps in mid-May and starting games as early as June — even if they play in front of no fans. The flexibility of both sides was seen in the willingness to extend the regular season into October, play neutral-site playoff games in November and add doubleheaders to the schedule.