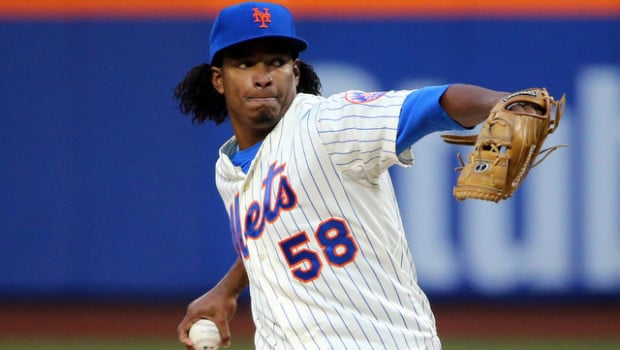 In November 2005, the MLB players union and league agreed that a third positive test for PEDs would result in a lifetime ban.

Mejia, 26, became the first player to test positive a third time. He was suspended 80 games last April and 162 games on July 28 after a second positive test.

Mejia was a key member of the Mets bullpen in 2014. He posted a 3.65 ERA of 93 2/3 innings and assumed the closer’s role by the end of the season. He began the 2015 season as the closer, but was injured on opening day and placed on the 15-day disabled list. On April 11, he tested positive for stanozolol and received an 80 game suspension.

The hard-throwing right-hander was scheduled to make $2.47 million this year, but now won’t receive any of it.

Under MLB rules, Mejia can apply for reinstatement, but would have to serve a two-year suspension at minimum.