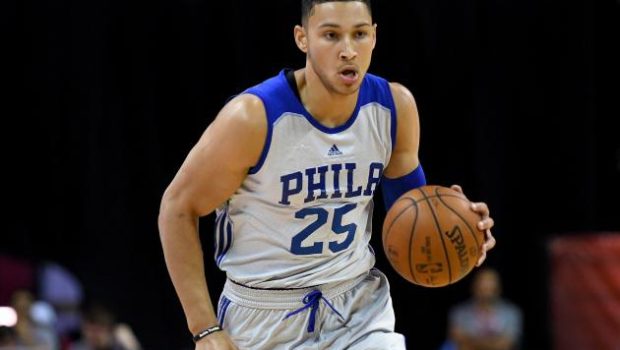 With such an unusual game, Ben Simmons won’t be as easy to build around as his talent suggests. Given his particular weaknesses, the shapes of Philly’s supporting puzzle pieces must be more precise, and Jahlil Okafor, Joel Embiid and Nerlens Noel aren’t known for their shooting range.

It’s tough to imagine a Simmons-Okafor 4-5 duo working, given the likelihood that they’d struggle in rim protection. If Brown plays Simmons at the 4, that means Okafor and either Noel or Embiid have to sit, which doesn’t help them build trade value.

Playing Simmons with Embiid and Noel would require Bayless or Henderson to play the other guard spot and Covington to play small forward. But how well will a Simmons-Bayless-Covington trio defend the perimeter?