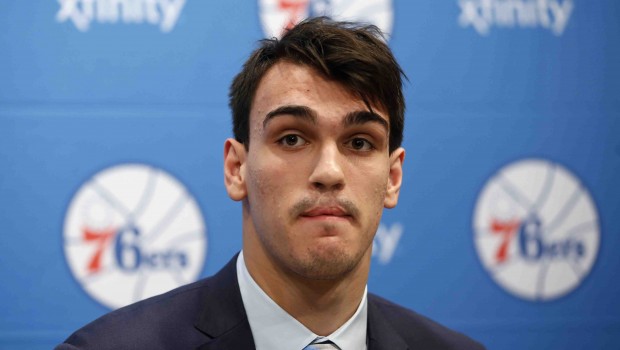 MILLIONS OF REASONS SARIC WON’T BE A SIXER NEXT SEASON

The Sixers have said they expect Dario Saric to be in a Sixers uniform next season.

Saric himself has said repeatedly he plans to come over and wants to start playing in the NBA.

Maybe. But there are 10 million reasons or more he might stay overseas for one more season.

Saric was drafted 12th by the Orlando Magic in 2014 and instantly traded to the Sixers for Elfrid Payton. Saric then re-signed in Europe to continue to develop his game for a couple seasons.

What that means is if he comes over next season his is subject to the 2014 rookie scale. If he waits one more season he can negotiate any deal he can with the Sixers as a free agent — the method both Nicola Mirotic and Tiago Splitter used to get bigger first contracts.

Here are the numbers:

That’s about $4.7 million guaranteed. After that point, the Sixers could offer a contract extension beyond this deal, but he would be locked in for the rookie scale that fourth year.

If he waits a season, he can negotiate any deal he can get when he comes to the NBA.

That’s more than $11 million more in guaranteed money (at least, these are conservative estimates) for staying in Europe one more season. (The counter argument is how fast Saric can get to the fifth season, waiting a year delays that a year, so if you think he’s a max or near max guy in five years then he can take less now and more than make it up on the back end. But that strikes me as a foolish gamble.)