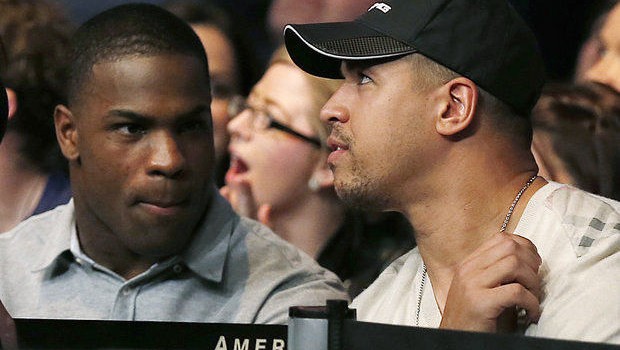 MILES AUSTIN FIGURES TO BE A BACK-UP RECEIVER ON EAGLES

First of all, Austin is closer to the end of his career than the beginning.

Second, he will be used almost strictly as a back-up, not a starter on Kelly’s high-octane offense.

Austin is coming to the Eagles on a one-year deal to bring stability and a veteran presence to a young group of wide receivers that will likely get even younger in a month.

“He is what he is right now,” a NFC personnel man told NJ.com’s Mark Eckel. “He’s a good backup. The numbers he had last year is kind of what you can expect.”

Last year in a the Cleveland offense, Austin caught 47 passes for 568 yards with two touchdowns in 12 games.

What he gives the Eagles now is insurance if Josh Huff isn’t any better in his second year than he was as a rookie; or if Cooper regresses as much in 2015 as he did in 2014 after what looked like a breakout season in 2013.

Jordan Matthews, last year’s second-round pick, will be the Eagles No. 1 receiver this season. Cooper, who the Eagles hope will return to that 2013 form (47-835-8) ands Huff are expected to be the No. 2 and No. 3. That makes Austin No. 4 going into camp.

There will be also be another rookie. Kelly has repeatedly said how deep this year’s draft is at wide receiver so expect another young player who could learn from Austin.

This signing doesn’t shift the balance of power in the NFC. It’s not a bad addition, though, to a young group of players looking for a solid veteran.