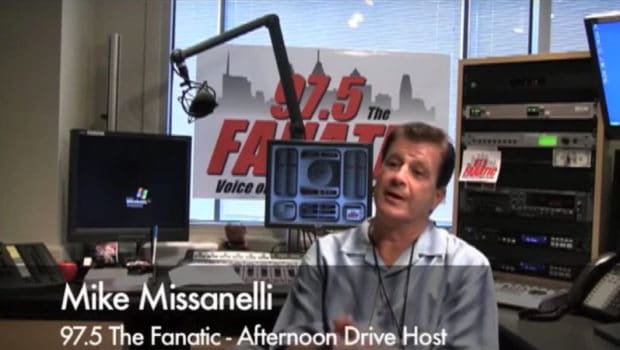 MIKEY MISS COMING TO NBCSP NEXT MONDAY: BARKANN IN TROUBLE?

If your name is Michael Barkann, you might want to plot your next career move.

The 20-year lifer at NBC Sports Philly, whose singular ability seems to be shouting at the moon and is stunningly shallow, is getting a new colleague who might move him out once he starts next Monday.

NBC Sports Phillt president Brian Moynihan estimated that between the network and its sister station, NBC Sports Philadelphia Plus, a game airs between 225 to 250 nights a year.

Weekdays have been filled with repeats of games, infomercials and syndicated programming such as The Dan Patrick Show. None of it gained enough traction to justify running in the afternoon time slot, but the network is hoping Missanelli can change its fortunes.

Monihan said NBC Sports Philadelphia will air its own commercials when Missanelli goes to break, though the advertising teams for his station and The Fanatic could team up in time.

For Beasley, the simulcast offers the potential to expand its reach to a larger audience without cannibalizing his radio ratings.