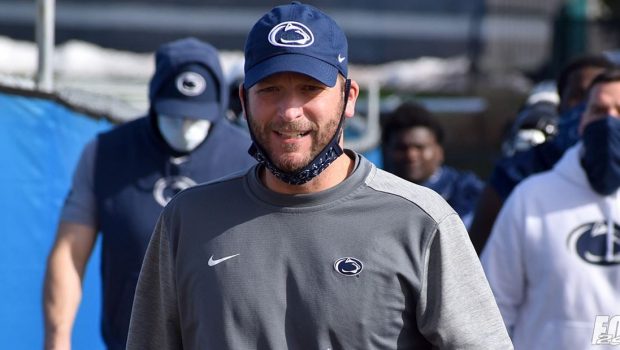 Which, considering his Penn State football team went 4-5 last season, may be silly.

But they were better at the end of 2020 season than at the beginning, winning their last four after starting 0–5.

In January he fired offensive coordinator Kirk Ciarrocca and brought aboard Mike Yurcich following a coaching purge at Texas.

Whatever the reason, Franklin has turned the page.

“There were tremendous lessons to be learned,” he says. “I look forward to taking … all those experiences and holistically getting better and using them to take the next step here at Penn State.”

“And I think that a lot of people talked about it, but he is somebody who — as he says — brings the juice every day. He’s never short of it and he’s just a really inspiring (person) to this offense, giving us a lot of optimism and just made us all excited to be here, excited to really come into work every single day and I think that’s what we need, honestly. So I’m very excited to be coached by coach Yurcich and excited for the future.”