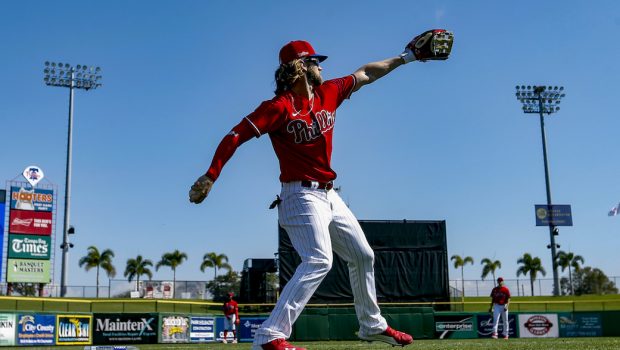 A new collective bargaining agreement between MLB and the MLBPA is “not close,” according to The Athletic, putting the scheduled start of spring training “clearly in jeopardy.”

The two sides have met a few times since mid-January and while it seems they’ve made incremental progress on some aspects, there is still plenty of work to be done in other major areas before a new CBA can be agreed upon.

The “most contentious” issues revolve around minimum salary, arbitration and pre-arbitration bonus pools, the luxury tax, a draft lottery and service-time manipulation.

Spring training is currently slated to get underway in mid-February, but it’s looking likely that it will be pushed back. Opening Day is scheduled for March 31.