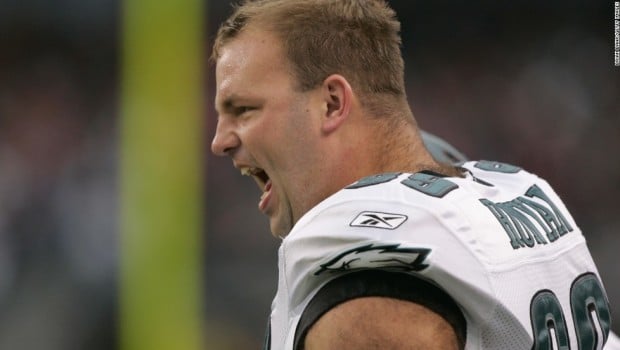 Jack Conklin, at 6-6, 326 pounds, has been projected to be a top-15 selection and some scouts have him ranked ahead of Notre Dame offensive tackle Ronnie Stanley.

And, according to one national analyst, he measures up favorably to Eagles legendary right tackle Jon Runyan.

“My comp for Conklin is actually Jon Runyan,” NFL Network NFL Draft analyst Lance Zierlein told Harry Mayes and Rob Ellis on 97.5 FM The Fanatic Monday. “He’s a better athlete than Runyan, but he has that toughness and in your face attributes. He’s a guy that can impact right away.”

Runyan was chosen with the fourth overall pick by the Tennessee Titans in the 1996 draft and played nine of his 14 NFL seasons with the Eagles, earning a trip to the Pro Bowl in 2002 after being named an All-Pro in 1999.

Zierlein has the Eagles selecting Conklin in his latest mock draft.

“He’s solid in pass pro and strong enough to really help the run game,” he said. “I just think for what Philadelphia wants and needs, he’s just a better fit. I don’t know that you need two technicians and two athletes at the offensive line spot. I think you need one of those guys to be a little nasty.”