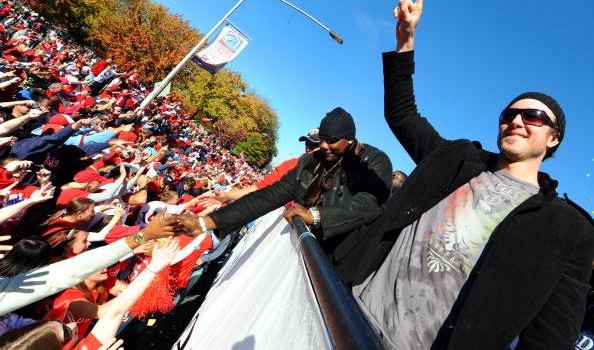 MEMORIES ARE MADE OF THIS! PHILS’ 2008 PARADE TOPS TROUT’S LIST!

The Angels’ Mike Trout is having the best season of his career, and his better postseason memory is from Oct. 29, 2008, when he was a senior in high school in Millville, N. J.

He tailgated with friends outside Citizens Bank Park the night the Phillies won the World Series.

“The city, it was all about baseball when they won in ’08,” Trout told The New York Times. “Just as a fan, seeing the city come together and cheering them on — as a baseball player, you want to be in those shoes. You want to be on the field celebrating.”