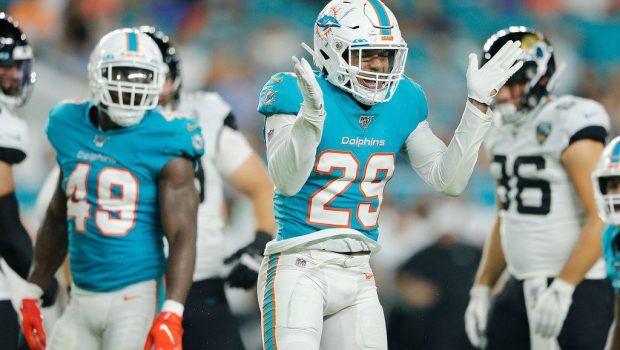 The Eagles injury-depleted secondary was undressed again last night in the 24-20 loss at Atlanta.

Falcon quarterback Matt Ryan was 27-for-43 for 320 yards and three touchdowns, plus 3 picks.

It is painfully obvious that the Birds need help.

So this morning, Eagles big boss Howie Roseman better be on the phone to Miami to snag rookie cornerback Minkah Fitzpatrick from the tanking Dolphins.

Fitzpatrick would’ve been a coveted first-round target for the team had Philly not moved back in the 2018 draft.

D-boss Jim Schwartz’s guys have enough flexibility to allow Fitzpatrick to man either slot corner or a roaming third-safety role. And Fitzpatrick would be a shoe-in at long-term CB or S alongside Avonte Maddox , not to mention an immediate upgrade for a Super Bowl contender that wants to win now.

Bonus: Roseman has a notable recent history dealing with Miami.