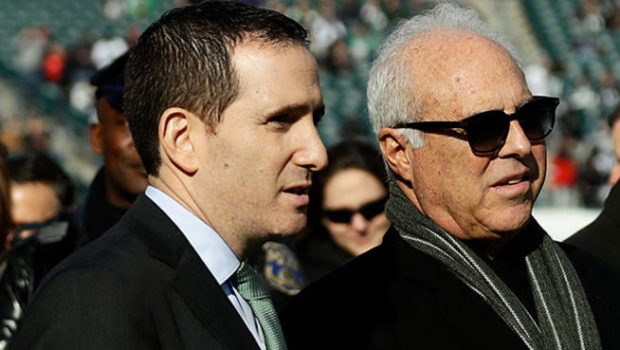 MEMO TO LURIE: YOUR BOY ROSEMAN HAS BUILT A PAPER-THIN ROSTER!

The Eagles have had more than their share of injuries.

As coach Doug Pederson will tell you after every loss, and even after last week’s Tie One For The Gipper disgrace against the Bengals.

And the trouble isn’t the injuries — it’s the depth of the roster constructed by big boss Howie Roseman.

And they didn’t punt a single time in their blowout win against the Giants.

They scored on seven of eight possessions, and the eighth was a missed field goal.

Part of that is because they’ve built a deep and talented roster.

Part of it is because head coach Kyle Shanahan schemed things up brilliantly. Even last year when they got to the Super Bowl, they were one of the league’s most injured teams.