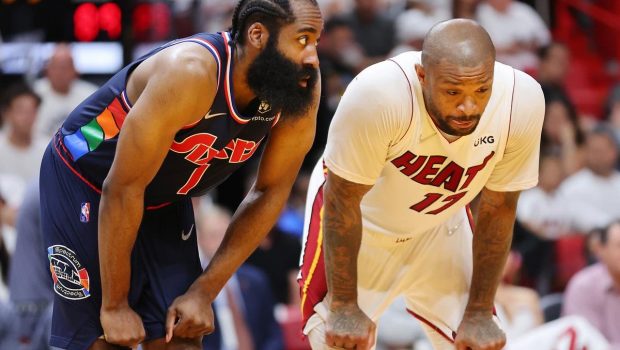 HEY, HARDEN-HATERS: HE TOOK A 30% PAY CUT TO IMPROVE SIXERS!

The Sixers James Harden took a 30% pay cut for this coming season that allowed the 76ers to make moves such as signing power forward P.J. Tucker and small forward Danuel House.

“We got some really good pieces this summer, so now it’s time for us to go do the hard work,” Harden said in an interview with The Associated Press.

The 76ers lost to top-seeded Miami in the Eastern Conference semifinals. Harden had four turnovers, four baskets and did not score in the second half in the decisive Game 6 loss. They haven’t advanced past the second round since 2001. Their last NBA championship came in 1983.

“I’ll be here,” Harden said on May 12, when Philadelphia’s season ended with a playoff loss to Miami. “Yeah, I’ll be here. Whatever makes this team, whatever allows this team to continue to grow and get better and do the things necessary to win and compete at the highest level.”

Harden is a three-time scoring champion and averaged 22.0 points and 10.3 assists during his time with Brooklyn and Philadelphia last season. The seven-time All-NBA player was the 2018 Kia MVP and is a member of the league’s 75th Anniversary Team.

Harden has appeared in 942 games (728 starts) with Philadelphia, Brooklyn, Houston and Oklahoma City and holds averages of 24.9 points, 5.6 rebounds, 6.8 assists and 1.5 steals.