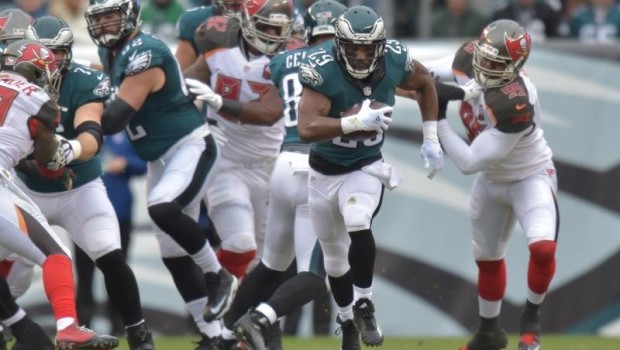 The more I hear about the Eagles and their offseason, it seems that Howie Boy Roseman and his band of merry butt boys are trying to cut ties with anyone that Chip Kelly brought in.

They should stop when it comes to quarterback Sam Bradford and running back DeMarco Murray.

As symbolic as it would be to let Murray follow Kelly out the door, dumping their highly paid running back simply doesn’t make sense. They would be on the hook for Murray’s $7 million salary in 2016 and a $2 million payment in 2017, all of which is already guaranteed. It would cost the Eagles $8 million to keep Murray this year and $13 million to release him; even if they designated him as a post-June 1 release, Philly would be left $10 million in dead money on their cap this season.

The only way the Eagles can manufacture a cleaner break from Murray this year would be by trading him, and that seems foolish, given that he’s at the absolute nadir of his value after a disastrous 2015. A change of scenery makes sense on some levels for both parties, but selling low on a player who looked like one of the best running backs in football a year ago seems shortsighted. The Eagles are better off giving Murray with a clean slate while seeing how he jibes with the new coaching stuff. If he fails, the Birds can move on next year. And if he breaks out, the Eagles will sure be happy that they didn’t dump Murray for a conditional seventh-round pick or some similarly modest return.