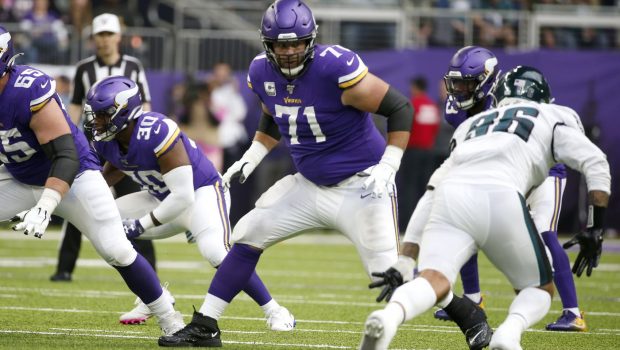 There’s been a lot of noise lately about whether the Eagles should give in and pay Jason Peters more to swing back to left tackle, where he was All World for 11 seasons.

Instead of paying the 38-year old, they should concentrate on 31-year-old Riley Reiff.

According to multiple reports, Vikings left tackle Reiff has been asked by the team to either take a pay cut or he will be released.

Reiff has two years remaining on his deal, and is owed a base salary of $10.9 million this season. The Vikings would save $11 million by releasing him, which it seems they intend to do. Reiff, according to a Pro Football Talk report, has started to tell his teammates he believes he will be released.