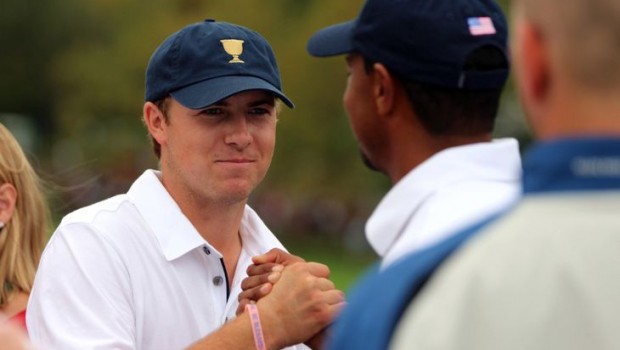 WHY THE MEDIA LOVE JORDAN SPIETH, THE ANTI-TIGER WOODS

“The speed with which Spieth [who shot 71 yesterday at the PGA, five strokes back of the leader] has conquered golf (two major titles at age 21; one stroke short of the playoff that could have made it three) is only slightly more remarkable than the speed with which he has conquered the golf media. According to Golf Digest’s Dave Kindred, only one young golfer was loved so instantaneously and unanimously: Arnold Palmer. “Spieth is as close to Palmer as anybody,” Kindred said. “In my mind, he’s instantly likable.”