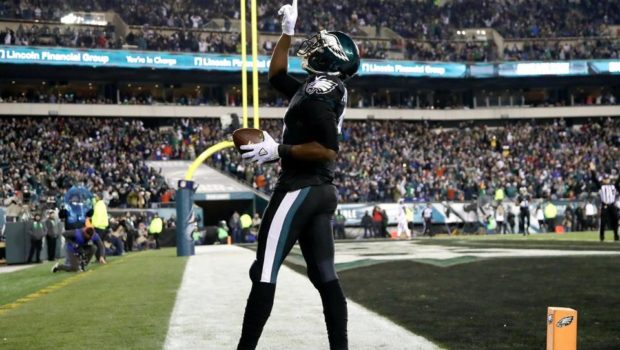 MEANINGLESS? GET REAL! EAGLES’ GRITTY WIN OVER GIANTS WAS HUGE!

It was just after midnight, Friday morning, when Eagles head coach Doug Pederson took to the podium following the Eagles’ 24-19 victory over the New York Giants.

He was asked how it feels to win a “meaningless” game.

The questioner was informed it was important to see rookie QB Carson Wentz learn how to win the close games in the NFL, which he did in his 15th start of his career.

It was also significant to get a win over an NFC East opponent for the first time this season, and finish off the 2016 campaign on a high note, see what players you can count on, also the ones they can’t.

Wentz led an impressive first-quarter drive that culminated with the return of all world running back Darren Sproles 25 yard scamper into the end zone. He was escorted down the right sideline by RT Lane Johnson, returning to the Birds after completing his 10 game PED suspension.

The offensive line was firing out on the right side with Johnson and Brandon Brooks clearing out Giants, creating openings for Eagle ball carriers.

Giants QB Eli Manning threw the football a whopping 63 times, getting picked off three times, none prettier than Malcolm Jenkins 34 yard return in the first quarter giving the Eagles a 14-0 lead.

It was to become a tight-fisted affair with their rivals from the North, but the Eagles found a way to beat a 10 win team at home in a game they needed to snap a 5 game losing streak, hardly meaningless to 69,596 fans in the stadium, and millions watching a very entertaining NFC East bare knuckle battle.

The Eagles will finish the season on January 1st, 2017 versus their bitter rival Dallas Cowboys at Lincoln Financial Field, 1pm/Fox