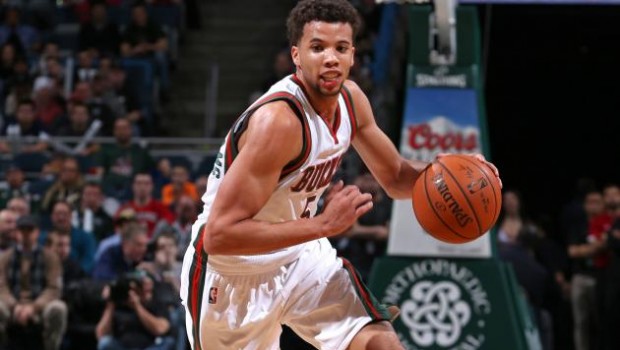 OLD FRIEND MCW BACK IN TOWN TONIGHT WITH BUCKS AGAINST SIXERS

Philly had just nine available players and no point guards as they fell to the Chicago Bulls, 114-107, on Saturday night at the United Center. JaKarr Sampson was forced to play the point with Ish Smith sidelined by injury. Robert Covington scored 22 points to lead the 76ers. Bucks guard Michael Carter-Williams, who won the rookie of the year award with Philly last season, will return to the Wells Fargo Center for the first time since the Feb. 19 trade that sent him to Milwaukee. Joel Embiid, the third-overall pick in the 2014 draft, has not played a game for the 76ers this season due to a stress fracture in the navicular bone of his right foot.

The Bucks lead, 99-96, and have won the last five meetings, including a 3-0 series lead this season.

82 Points averaged by the 76ers in three games against the Bucks this season.

41 Three-pointers attempted by the 76ers in Chicago on Saturday.

13 Three-pointers made by the 76ers against the Bulls.