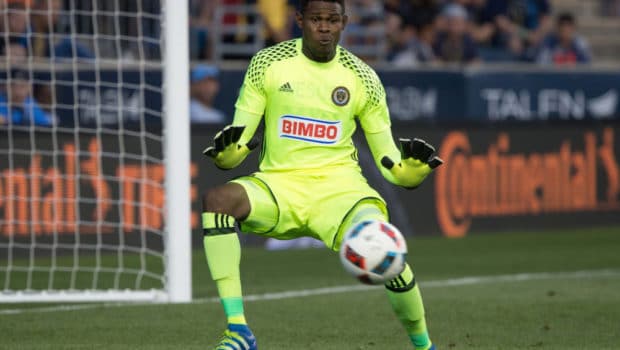 Only four teams remain at the MLS is Back Tournament.

The Union play the Portland Timbers on FS1 and TUDN beginning at 8 p.m. ET.

Ahead of the matches, MLSSoccer.com senior editor Benjamin Baer ranked his top 10 players left in Orlando:

The Union have three selections to tie the host Orlando City SC with the selection of homegrowns Mark McKenzie and Brenden Aaronson along with MVP-favorite Andre Blake.

McKenzie ranks at No. 9 on the list edging his center back partner Jack Elliott “thanks to his continued excellence on the ball,” according to Baer. “The Homegrown has also improved his physicality, winning 55% of his duels and putting in 10 tackles.”

One spot up the list is fellow homegrown Brenden Aaronson who ranks fifth in the tournament with three assists thus far. Writes Baer: “Aaronson’s best games have been at the top, even with Sergio Santos putting in three goals in the two Knockout Stage games. The 19-year-old showed off his improved passing vision, while continuing his unrelenting prowess in Philly’s press.”

Slotted just behind Portland’s Sebastien Blanco is goalkeeper Andre Blake who according to the stats have led the Union to the semifinals with remarkable and goal-saving stops. “Blake has given up just three goals despite the Union conceding 8.06 expected goals from shots on target,” says Baer. “So on average, you would have expected Philly’s opponents to concede eight goals. That -5.06 figure is far and away the best of any ‘keeper in Orlando.”