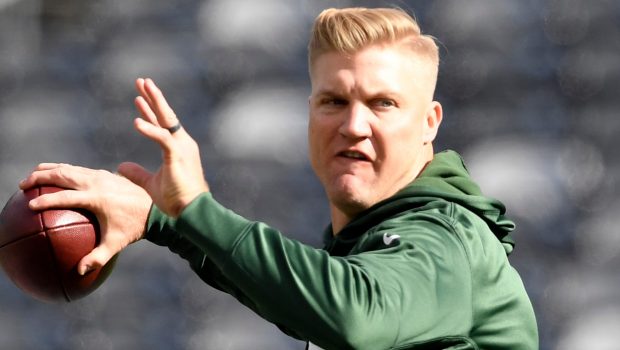 “They reached out and we started discussing it and what that would look like,” Josh McCown said yesterday. “Be able to kind of distance myself, be safe, but still be able to hopefully bring some virtual value to the team and help out that way.”

Due to the concerns of COVID-19, some teams discussed the idea of quarantining a quarterback this season. In doing so, they would keep a quarterback on the practice squad in case the starter or backup tested positive for the coronavirus.

After making the necessary roster cuts, the Eagles are left with Carson Wentz, Jalen Hurts, and Nate Sudfeld as their quarterbacks on the active roster.

If their quarterback room were to have an outbreak, then McCown would be able to step in for the team.

Therefore, to avoid any issues in case of an emergency, they made McCown the oldest practice squad player in NFL history. McCown was with Philly last season and was asked to replace Wentz in the team’s playoff game due to Wentz leaving with a head injury.

At 41 years old, McCown has played on more than a handful of teams and has experienced a variety of things in his career. It’s safe to say that McCown has never quite done anything remotely close to what he’ll be doing this season, though.