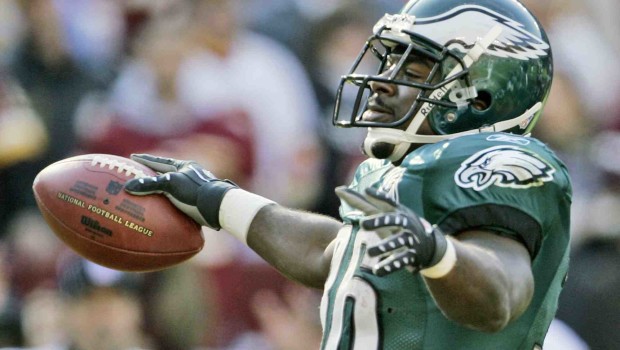 ESPN’s Adam Schefter says when he watches McCaffrey he sees plenty of similarities to a former Eagles running back.

While some analysts have pegged McCaffrey as a gadget player, his film and production show a violent, yet shifty runner with excellent field-vision as illustrated by his 1,603 yards and 13 touchdowns as a junior. As an added bonus, he is lethal catching passes out of the backfield, hauling in 99 receptions over three seasons for 1,206 yards and 10 touchdowns while averaging 12.2 yards per catch.

There is some doubt recently that McCaffrey will even be on the board when the Eagles go on the clock. Reports have surfaced that teams as high as the Carolina Panthers at No. 8 are paying serious consideration to taking McCaffrey.

One thing is becoming evident in recent weeks and that is along with Leonard Fournette, McCaffrey is in the conversation of being a running back chosen in the first half of the first round of the NFL Draft later this month. Given his skill-set, the Eagles’ scheme and offensive needs, McCaffrey could be a player that resides high on the Eagles’ draft board.