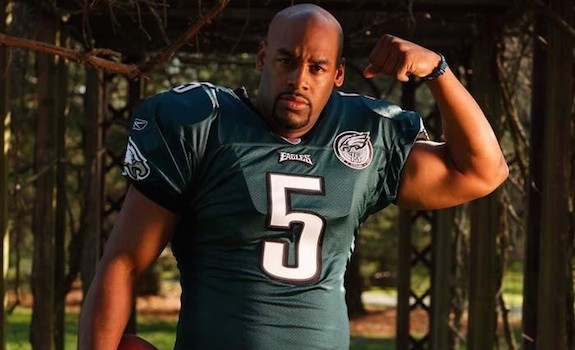 There is an old saying — even a broken watch is right twice a day.

Meet Donovan McNabb, the broken watch of Fox Sports Live, whose public comments for the past three or four years have shown him to be a bitter former Eagles QB with absolutely no insight into reality.

McNabb, the former six-time Pro Bowl quarterback for the Eagles, explained why he thinks the problems with the Cowboys are not the players on the field.

“I think for the Dallas Cowboys it’s much more than just what we see from the defense and offense, I mean, let’s go upstairs,” McNabb said. “Let’s talk about the coaching staff. How do you go from Monte Kiffin and Rod Marinelli being a position coach to [Marinelli] now being the defensive coordinator and Kiffin being like a position coach? And it’s the same on the offensive end. You had Jason Garrett calling plays, supposedly, then Callahan.”

Then, McNabb went after Garrett.

“I’m still figuring out how he still has a job at this particular point the way we have continued to see this team just continue to crumble,” he said. “He was behind Troy Aikman and he was behind Dan Marino, too. [Garrett was never behind Marino]. You’re behind hall of famers and you see how they carry the two-minute offense. He’s run the two-minute offense himself as a starting quarterback. The way that they control their offense in certain games, how can you lead games in the middle of the third quarter and you end up losing the game?”

Moss also put a large amount of the blame on the Cowboys coaching staff. Even with the losses of DeMarcus Ware and Jason Hatcher, one of the game’s greatest wide receivers says Dallas still has a talented roster.

“The thing that’s not really fair to Tony Romo is he really hasn’t had that coaching to be able to bring him along,” Moss said. “I’m not sitting here busting Garrett or trying to call Garrett out, but there has not been nothing steady in Dallas. It’s always coaches come and go.”

So, do the Cowboys finally get over the 8-8 hump and make a playoff appearance?