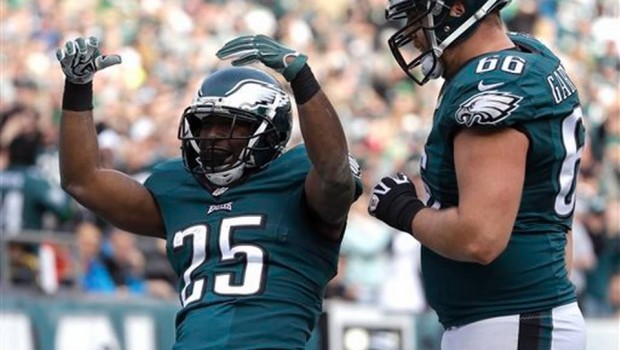 JAW-DROPPING! WATCH SHADY FAKE DEFENDERS OUT OF THEIR SHOES

Eagles running back LeSean McCoy put together his longest run of the season — 53 yards — thanks to a stunning move against the Titans that left safety Michael Griffin sprawled on the turf.

Early in the second quarter and with the Eagles up 17-7 on the Titans, McCoy broke a run to the outside from Philly’s 20-yard line — in the open field, he shook his shoulders and cut to the right, leaving Griffin completely fooled.