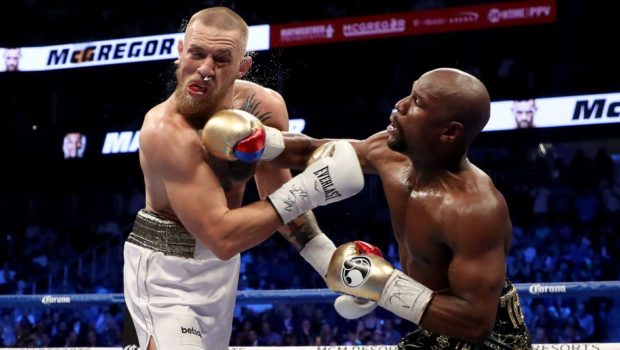 Floyd Mayweather “obviously” threw several rounds during the Conor McGregor fight in a “marvelous scam” to set up a rematch … so says Hall of Fame boxing commentator Jim Lampley to TMZ Sports.

Lampley — who’s been covering the sport for 3 decades — UNLEASHES on Mayweather as a scam artist whose essentially praying on “suckers.”

But the biggest allegation … Lampley tells TMZ Sports he’s CONVINCED Mayweather intentionally tanked at least 3 rounds in the Conor fight and then carried McGregor to the 10th for show.

And anyone who thinks Mayweather is REALLY going to retire after pulling off that stunt is dead wrong.

“Why should he retire? He created a marvelous scam with this whole thing,” Lampley said.

“He allowed Conor to quote ‘win’ 3 rounds so that the whole global MMA wish community could have something to latch on to. I think there’s a decent chance there’s enough suckers out there Floyd could maybe make another $150 million, why not?”