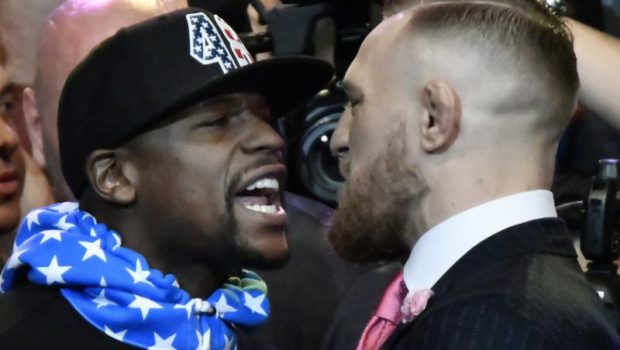 WHY MAYWEATHER-MCGREGOR WILL LITERALLY BREAK THE BANK!

A week before his first UFC bout, Conor McGregor cashed a social welfare check in Ireland for 180 euros.

When the UFC lightweight champion boxes the undefeated Floyd Mayweather in what will be one of the three biggest one-night financial hauls in sports history, he’ll make more money in one night than he’s made in his entire professional career.

The fight is expected to surpass the pay-per-view record of 4.6 million sales set in 2015 when Mayweather fought Filipino superstar Manny Pacquiao, a fight that had first been discussed in late 2009.

At $100 per unit, the pay-per-view could generate more than $500 million in pay-per-view revenue. Ticket sales figure to top out just under $90 million, surpassing the record of $72.2 million set in 2015 by Mayweather-Pacquiao. The largest gate McGregor has been involved with was $17.7 million, set on Nov. 5 at UFC 205 in New York, when McGregor knocked out Eddie Alvarez to win the lightweight belt.

International broadcast rights could reach as much as $100 million, though that may be a bit optimistic. Sponsorships for the fight – which, bizarrely, have yet to be announced and thus hasn’t allowed the kind of branding seen on other major sporting events – could hit $20 million.

It all combined to mean that Mayweather and McGregor are going to make a lot of money, in excess of $100 million each. McGregor’s manager, Audie Attar, said $100 million “is a good number” to use when trying to estimate McGregor’s final purse.

Like Mayweather, McGregor will earn from every dollar spent on the fight. A portion of every ticket or pay-per-view purchased, every hot dog consumed or beer drunk, every T-shirt sold, will wind up in the pockets of the two fighters.

McGregor said he is “winning the promotion” of the event and that it will all lead to significant money down the line.

“Who’s winning the promotion? If it ain’t me, what’s going on?” McGregor said. “If it ain’t for me scheduling full-on fights in the gym for you all to talk about and debate or my skill set or my approach, it’s just Floyd at a roller disco. Or it’s just Floyd at the Gucci store. You know what I mean? I’m the one bringing this all the way home. I’m the one on that world tour who went viral. I went viral multiple times on that world tour: The [expletive]-you suit, the mink coat, the money … even he tried to throw the money and I went viral because it was like it was raining money above me. It’s been all me.

“And I will collect every single dollar of this. I am in on everything: The food and beverage, the gate, the pay-per-view, the whole lot. When this fight is done, I will sit back and I will collect my show money and then I’ll go start counting everything else.” 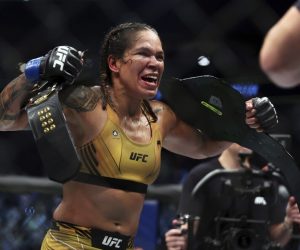 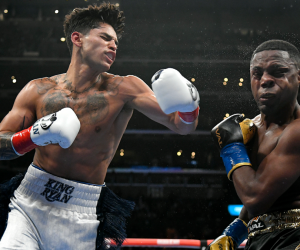 RYAN GARCIA’S KO OF JAVIER FORTUNA, CHECK IT OUT!