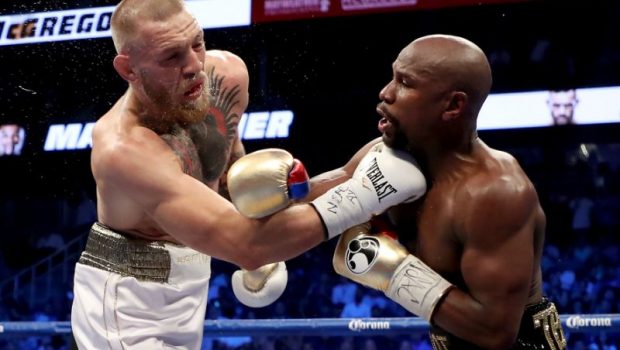 Conor McGregor picked up his first since win since 2016 on Saturday night, taking out Donald “Cowboy” Cerrone in just 40 seconds at UFC 246 in Las Vegas.

Now, it appears that Floyd Mayweather wants to step back into the ring with McGregor.

Mayweather posted a photo of the two on Instagram late on Saturday night after McGregor’s win at T-Mobile Arena without comment, hinting at a rematch between the two fighters later this year.

Mayweather — who boasts a perfect 50-0 record — returned to the ring after a two-year break to take on McGregor in Las Vegas in 2017, and won by TKO in the 10th round in what was McGregor’s first official boxing match. At the time, Mayweather said the bout was his last.

The 42-year-old has said that he wants to come out of retirement in recent months, however, and even posted a picture of him with UFC president Dana White to Instagram late last year announcing that the two are “working together again to bring the world another spectacular event in 2020.”

One thought on “MAYWEATHER-MCGREGOR PART 2 MAY BE IN THE WORKS!”