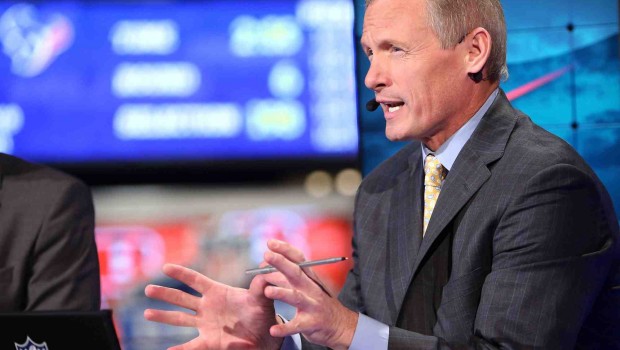 There are those among members of Eagles Nation who believe that Mike Mayock of the NFL Network speaks the perfect truth about the Bids and their fortunes.

I am not sure if that is the case, but he certainly does know his stuff.

Such as when he appeared yesterday on 97.5 the Fanatic with Mike Missanelli, who recently returned from having his bags lost in Tuscany:

“What I will tell you is that regardless of who plays quarterback this year, I think the Eagles are going to make the playoffs. I think the differentiation between quarterback play comes in the playoffs when you’re playing quality defenses every week.

Bradford’s past performance provides reasons for optimism, including the fact that in his most recent complete season in 2012, the Oklahoma product threw for a career-best 3,702 yards, 21 touchdowns and 13 interceptions before following those efforts up by passing for 1,687 yards, 14 touchdowns and four interceptions in 10 games before tearing his ACL in 2013.

“I draw a line between Joey Harrington and that kind of player that got beat up that early in his career,” Mayock said of Bradford. “I look at the Harrington’s, David Carr’s and guys of that nature that got so beat up so early in their career that they never got a chance to develop. They’re offensive lines were awful. They got beat up every week. They fell into bad habits and fell off the face of the earth.

For the Eagles to make Mayock’s proclamation a reality, the surest path to the playoffs is ensuring Bradford stays healthy.

“Sam Bradford is a legitimate upgrade over Nick Fokes,” said Mayock, who will appear on the Eagles Television Network as an analyst during preseason games next month. “When I went back and watched his tape at Oklahoma he was one of the most accurate quarterbacks I’ve watched, but there was legitimate concern about his durability.

“So how do you protect the guy? I think they have a much better offensive line than he’s used to and I think they’re going to run the hell out of the football. I really do. Last year only three teams in the league ran the ball more than they passed it and I wouldn’t be surprised if the Eagles were among those teams this year.”

When it comes to Sanchez, if called upon, Mayock believes that he can lift the Eaglesfurther than the 10-6 record that became the impetus for Kelly revamping the roster from top to bottom after missing the playoffs in 2014.

However, for Sanchez to do that, he’ll need to be much more consistent if he’s called upon to play significant time after failing to pass for 100 yards against the Seattle Seahawks and effectively ending the Eagles’ playoff hopes with an ill-timed interception in a Week 16 loss to the Washington Redskins last season.

“Last year the backup situation was Sanchez behind Foles and Sanchez had to play,” Mayock pointed out. “So, Chip Kelly probably said ‘why not roll the dice, try to get better quarterback play and if Bradford gets hurt … That puts you right back to Sanchez and right back where you were last year.”