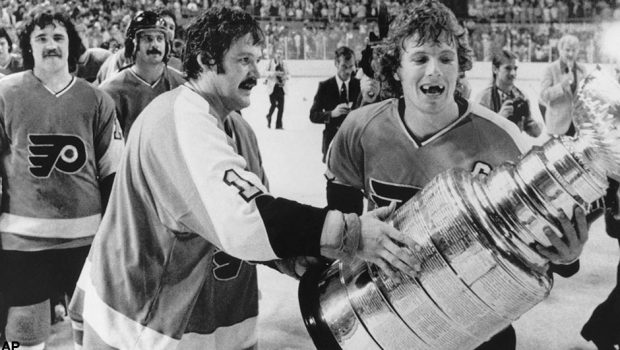 The previous year, when the Flyers clinched the Cup on home ice against the Boston Bruins, fans poured out onto the ice during the ceremonial victory skate.

Clarke’s wide, toothless smile during the Cup presentation ceremony became one of the most iconic images in team history.