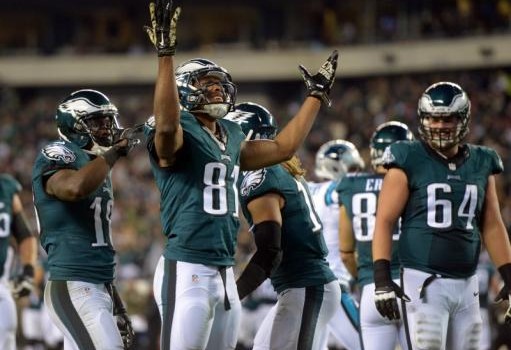 Jordan Matthews (above) and Darren Sproles (against his old team) are sneaky upside plays in PPR games.

Today’s Eagles-Saints game at the Linc is more than a test between 1-3 teams desperate for a second win.

The Eagles showed signs of breaking out of their boring, tedious, losing offense last week against the Redskins, when Sam Bradford spread the ball around to eight different pass-catchers, while racking up 270 yards and 3 TDs against a decent Washington defense.

Now, they face what has largely been a hapless Saints secondary, so Bradford should keep it going. If he doesn’t and they don’t establish a sound rushing attack, we may have to throw in the towel.

But Bradford may be teeing up his best game of the season, though with so many weapons in the backfield and pass-catching corps, it may be difficult from week to week to select the Eagles’ best fantasy option.

Jordan Matthews and Darren Sproles (against his old team) are sneaky upside plays in PPR games.