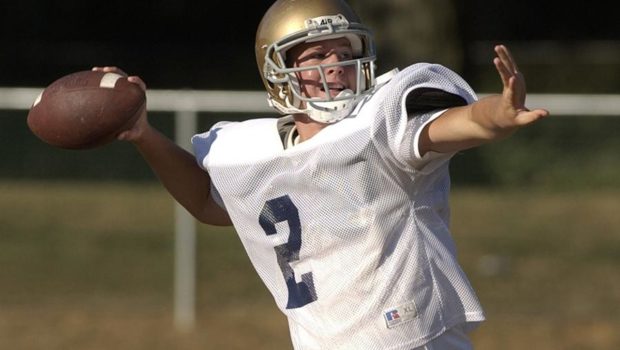 The Eagles were nowhere near making the playoffs this season but Philly fans can still root for the home team in Super Bowl 51::

Matt Ryan, the Exton native and Atlanta Falcons quarterback, threw for 392 yards and was responsible for five touchdowns in Sunday’s 44-21 win over the Green Bay Packers in the NFC championship game.

“I’m happy for everybody in our organization. We’ve worked hard to get to this point, but the challenge is still in front of us,” Ryan said.

It wasn’t too long ago that Ryan starred at Penn Charter High School.

He told Action News’ Jamie Apody that he couldn’t be happier to see his prized pupil punch a ticket to the greatest game of all.

“I cried. There were tears. He’s a special kid and to see somebody who deserves all the recognition now and all the accolades he’s been receiving has been wonderful,” McCloskey said.

“I kid with him, ‘I saved your arm, buddy. We didn’t throw the ball that much, that’s why you’re able to throw it as well as you’re throwing it now.’ We ran triple option and he was pretty proficient. He was as good an option quarterback as I’ve coached in my 13 years,” McCloskey said.

“There’s a moment where he’s going to score, he pitches the ball forward for the first touchdown, option pitch. He runs for a touchdown, a little bit of option, learning how to run the ball,” McCloskey said with a laugh.