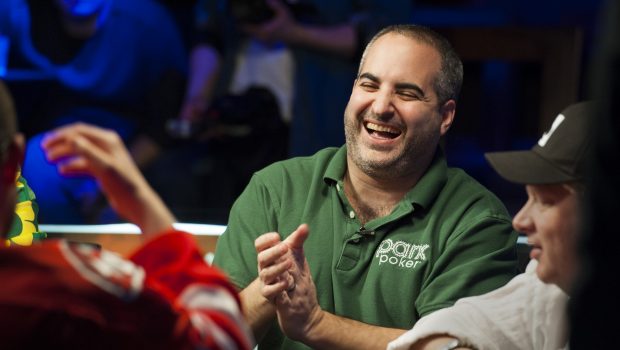 “In general, it’s not healthy to worry about things totally out of your control. That constant worry will just keep you from your own happiness.”

Matt Glantz seems to have taken his own advice.

Arriving for lunch in Manayunk a couple of weeks ago, he appears in control, unworried and happy.

Like a typical suburban single dad with two kids, a 17-year-old son and a 15-year-old daughter.

Black is his color of choice, and he is fashionably unshaven: Miami Vice Meets Philly Nice.

In the late ’90s, Glantz was an options trader on the Philly Stock Exchange, primarily focusing on Dell options, and he has become a master of the poker universe with more than $7 million in winnings, according to Cardplayer.com.

How did he do it?

“I don’t do a lot of interviews,” he says. “I’m not looking for publicity.”

That is an understatement.

Except for a handful of YouTube pops and a few quotes from others on his LinkedIn page, Glantz has flown way under the radar since he became a poker prince several years ago.

He is 48, the same age Barack Obama was during his first year in the White House.

While Glantz has no political aspirations apart from setting lines on the 2020 election on his Twitter feed, he and our 44th president do have one big thing in common:

Riding the galloping horse of history.

Glantz took the final plunge to world-class poker player in 2005, the year betting was legalized in Pennsylvania.

In politics as in poker, you have to know when to hold, fold and be bold.

Okay, comparing Glantz to our first African-American president may seem a bridge too far.

But Glantz doesn’t play bridge — there’s no money in it.

He plays high-stakes poker, and he’s made a lot of cash.

Glantz grew up in Lafayette Hill with two sisters who are fulltime moms today. His dad was an auto mechanic and mom was a lab tech. Matt went to Plymouth-Whitemarsh High and then to Temple for undergrad and then an MBA.

He took a job in 1993 as a ticket clerk on the Philly Stock Exchange, the first in the United States, founded in 1790. And the technology hadn’t advanced too far since then.

Before the Internet, clerks had to actually scribble down the trades by hand.

After about a year making $16K per, his passion and talent caught the eye of execs at Timber Hill who offered to make him an options trader, which was the specialty of the day at PHLX.

Options are financial instruments that are derivatives based on the value of underlying securities such as stocks. An options contract offers the buyer the opportunity to buy or sell the underlying asset.

In other words, options are nuanced bets on the future, which require the trader to know the stock in question and be able to predict the risk of buying or selling.

“Going from a clerk to an options trader was a big leap,” Glantz admits.

After a year with Timber Hill, now widely known as Interactive Brokers, Glantz was offered a position with a small firm on a straight 50/50 profit share.

So in 1997 he established Apex Investment Group and focused on becoming a primary market maker in Dell options, which traded 34 million times a year on PHLX, fully one-third of all the options traded on the exchange.

He did well and reasoned he could do it better on his own, cutting out the middle man.

So in 1997 he established Apex Investment Group and cornered the market in Dell options, which traded 34 million times a year on PHLX, fully one-third of all the options traded on the exchange.

By the late 1990s, Dell had become the hottest personal computer on the retail market, so their options did nothing but spike.

How hot a property was Dell stock?

Take it from the Motley Fool:

Less than a year after that, Dell shares traded at triple-digit values, prompting a 2-for-1 split to bring the stock price momentarily back into the $50s. Yet it took less than seven months for the post-split shares to climb above $160, prompting another move. Shares were in triple-digit prices on both occasions when the stock split in 1998. Dell was a bit faster on the uptake when it did its final split in 1999, with the stock at about $86 per share when the last 2-for-1 move took place.

Then, other stock exchanges like NASDAQ (which today owns PHLX), got permission from the SEC to trade Dell, and Apex’s business cratered.

“That was a shock to the system,” Glantz admits.

Enough of a shock to take up a hobby — playing poker.

So did the Commonwealth of Pennsylvania, which had been trying to legalize gambling since the late 1980s. Finally, with Ed Rendell as governor, the backward legislature — jump-started by Philly state Sen. Vince Fumo — legalized gambling in 2005.

Timing is everything — that’s the year Glantz became a full-time professional poker player.

Poker is as cool as options trading is not.

In most of the movies about the financial biz, the main characters — Michael Douglas as Gordon Gekko in “Wall Street” and Tom Hanks as Sherman McCoy in “The Bonfire of the Vanities,” for instance — are avaricious assholes.

In films about poker, Steve McQueen in “The Cincinnati Kid” is the essence of cool, and he was a loser.

Same for Jessica Chastain in “Molly’s Game,” who broke the law but somehow won anyway.

Poker has been mythologized in this country for at least since the California Gold Rush 170 years ago.

Even more so today, since the myth became legal in Nevada in 1931, New Jersey in 1978 and Pennsylvania 15 years ago.

Poker requires a couple of qualities similar to options trading: patience and judgment from the gut. Throw in a lot of luck to go with skill.

But because of the human element, poker is more like the quintessential sport — you’ve got to play the opposing player, not the cards.

And that requires big balls and a killer poker face.

Matt Glantz has a poker face — with few tells.

Maybe it comes naturally, but in the one hour we spent together he rarely broke into a smile — only when he talked about his kids, his Twitter feed on which he posts 2020 presidential odds and his one day of orientation at Widener Law School:

“I knew law school wasn’t for me. I knew the Philly Stock Exchange was for me.”

Maybe it comes naturally, but in the one hour we spent together he rarely broke into a smile — only when he talked about his kids, his Twitter feed on which he posts 2020 presidential odds and his one day at Widener Law School:

“I knew it wasn’t for me. I knew the Philly Stock Exchange was for me.”

And he frowned only when discussing his one year at investment monster Susquehanna International:

“I really loved those guys at Susquehanna and have many friends still there. But to be honest, I had a hard time adjusting to not being my own boss.”

Notwithstanding his consultant work at Parx Casino in Bensalem and SugarHouse in Philly, where he played poker and made enough of a splash to attract offers.

“They both lasted three years,” he says, “and I had fun both times. The people at both were great.”

He was named a Parx “poker ambassador” in 2012, and the press release called him “PokerGodZeus.”

“I knew Parx Casino would be successful when it opened,” he says, “because it’s only 62 miles from Staten Island” — which is a straight shot to the mammoth New York City betting market.

And, for a guy who didn’t even play poker until he was 30, the course of his working life has also been a straight shot — options trading to poker:

“I always knew I wanted to do something with numbers.”

Here are some numbers:

An estimated 60 million Americans play poker — that’s about one in every 5 ½ people in the USA.

Antonio Esfandiari, an Iranian-born player who lives in San Francisco, is thought to be the most successful poker player in the world — he earned $28 million in 2018.

Glantz is reluctant to disclose how much he has earned in poker, but Cardplayer magazine says he has won six world titles and made $7,164,196.

He married at 27 and reveres his kids, who, he says, “are not interested in gambling.

“For me poker has been great. It’s social and I have had success. It seems to be the logical extension of sports, especially when you can’t compete in sports anymore.”

He only plays competitive poker “about twice a week — sometimes in Philly and sometimes at the Borgata.”

“I do not directly monetize my political odds on twitter. But I have enough of a twitter following [30 thousand] that by posting odds, I get offers from gamblers who have different opinions of the value of each candidate. I am constantly trading political elections when in season.”

Barack Obama now makes movies, has started a foundation and is writing a book.

So, what are you going to do with the rest of your life, Matt?

Even a galloping horse takes a road less traveled. 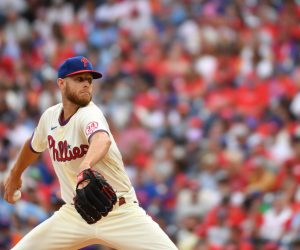 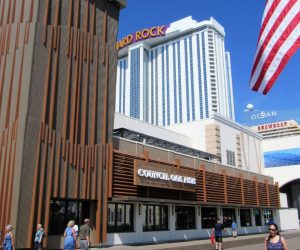