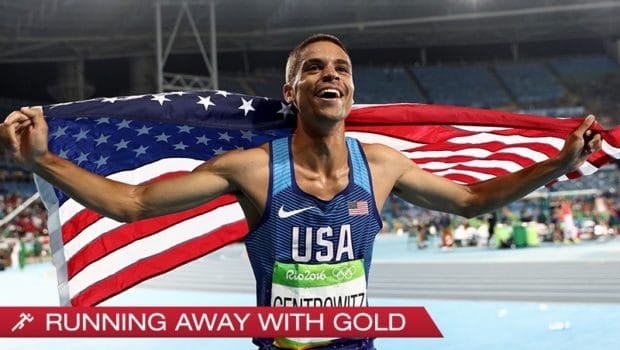 American Matt Centrowitz entered the last lap of the 1500 meters — in the lead almost from the start — with a lot on his mind.

“I’m like, ‘All right, now we’re getting to the later stages in the race, and I can’t give this lead up,’ ” he said. “We’re going into the last lap so might as well wind up from here. I just kind of went for it.”

And as a series of challengers engaged him over the final 400 meters — including the two previous Olympic champs — Centrowitz kept finding enough to brush them back and won America’s first gold medal in this event in 108 years.

Centrowitz is no stranger to major finals:

He is a two-time World Championships medalist (bronze in 2011, silver in 2013), the reigning world indoor champion and the fourth-place finisher from London in 2012. And he couldn’t have felt better about his preparation for this race, including in Rio where he stayed outside the athletes’ village and had a chef prepare meals to try to keep his surroundings as normal as possible.

“I was a different athlete four years ago,” he said. “I came in with a different mindset. I’m in great shape, so I just wanted to run to my capability. It wasn’t a redemption thing from London. It was just about being the best I could on this day.”

And he was the best, both physically and tactically. He led almost wire-to-wire in a slowly paced race — his winning time of 3:50 was the slowest in decades and almost 15 seconds slower than his fourth-place finish in 2012 (3:35.17).

Though Centrowitz had prepared himself to close fast, he took the opportunity to grab the lead when it was presented to him going into the first bend. Things unfolded perfectly from there. Kenya’s Asbel Kiprop made a run at him, but he couldn’t sustain it. Taoufik Makhloufi of Algeria, the gold medalist in 2012, made a field-circling move with 300 meters remaining but couldn’t pass Centrowitz in the stretch.

From there, it was only a matter of holding on and becoming the first American to win this race since Mel Sheppard in 1908 — Centrowitz ran his last lap in 50.6 seconds.

It is especially meaningful to Centrowitz, whose father — now the track and cross country coach at American University — ran the 1500 in the 1976 Olympics.

“I was thinking someone was going to try to come by me on the backstretch, no one did,” Centrowitz said. “The last homestretch was just a long, long ass 100. I was like, ‘Here comes someone.’ My legs felt great until the last 20 and then I felt my legs buckle a bit and I’m like oh (expletive), come on man you’re right there. As soon as I crossed the line I was still looking at the board like, ‘Did someone go by me? Did I really just win? Did I really just hold that caliber of field off in an Olympic final? I couldn’t script it any better.”