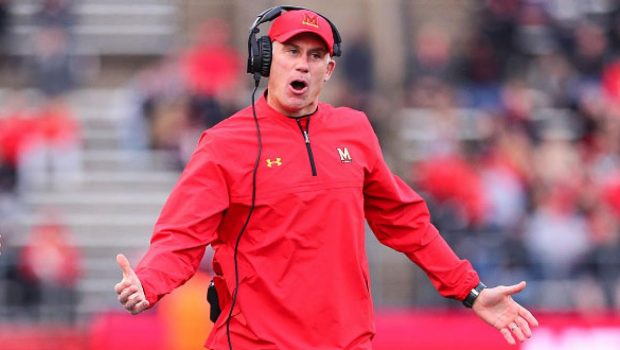 In the face of mounting outrage and pressure from state lawmakers, students and the community, the University of Maryland fired football coach DJ Durkin, one day after allowing him to return to his position.

In a letter to the university community, Wallace D. Loh, the president of the College Park campus, announced the decision, which directly defies a recommendation made by the University System of Maryland’s Board of Regents on Tuesday afternoon.

Athletic Director Damon Evans informed Durkin of his ouster following the Terps’ practice Wednesday and then met with the entire team to inform players.

A person familiar with the situation said Durkin was not fired for cause and that the school intends to buy him out of his contract. Durkin was in the third year of a five-year deal and is owed roughly $5.5 million.

Durkin, who had been placed on administrative leave Aug. 11, had rejoined the team just one day earlier. He had been in limbo while the board oversaw two independent investigations into the football program he oversaw — one focused on the circumstances surrounding the June death of Jordan McNair, a 19-year-old offensive lineman, and the other centered on the culture of the football program, which followed media reports alleging abuse and bullying behavior by football staff members: